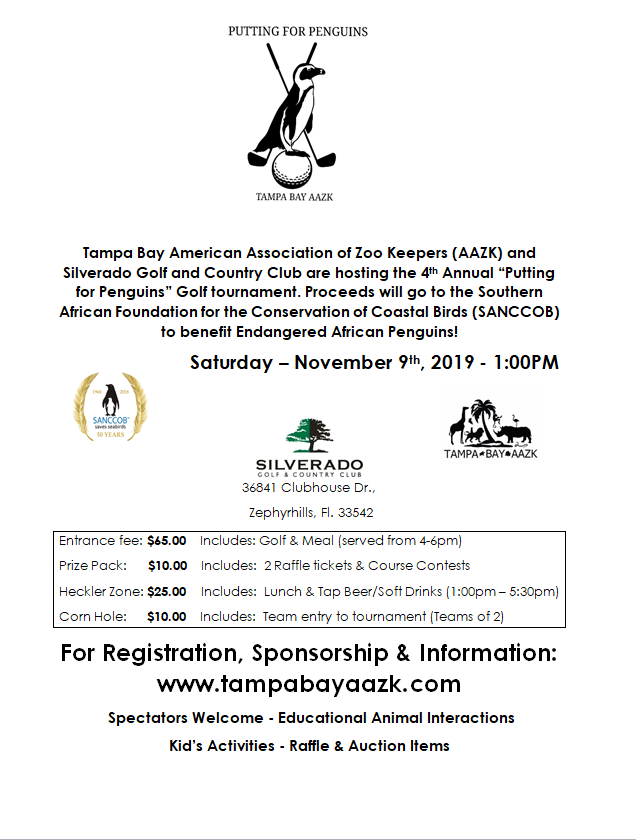 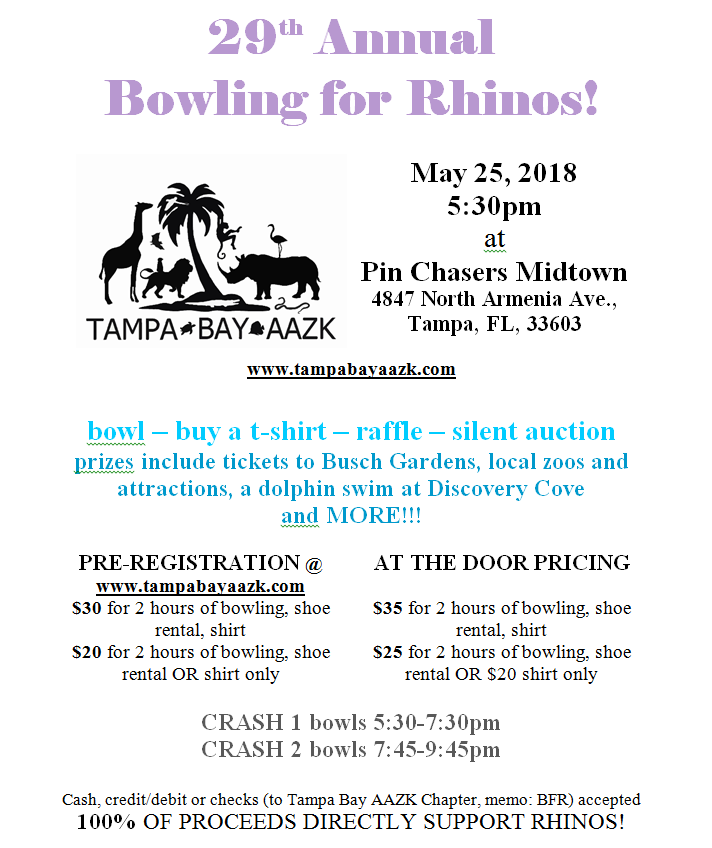 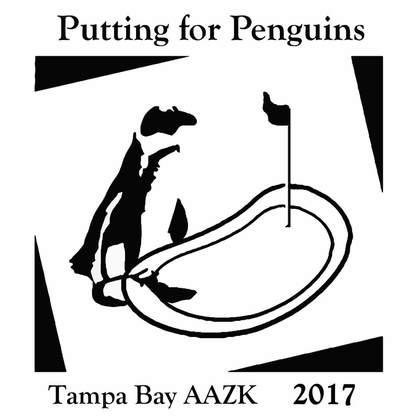 
​Proceeds will be going to the Southern African Foundation for the Conservation of Coastal Birds (SANCCOB).

Tampa Bay AAZK and Silverado Golf and Country Club just hosted a golf tournament to benefit penguins!
Proceeds will be going to SANCCOB.​

We had a great turn out and raised over $4,000 for penguins! Thank you to all who came out and golfed or joined us in the Heckler Zone!

Tournament details:
Entrance Fee is $55.00
This included a round of golf, a T-shirt, and Lunch

"Heckler Zone" - $25
Included a meal and tap beer/Soda
Bring a lawn chair and come on out!
Hamburger Mary's - Charity Bingo for Gharials!

We had a great showing and a lot of fun at Hamburger Mary's. This event helped raise money for Gharials (Specifically TSA India) - and we raised about $1400!​ 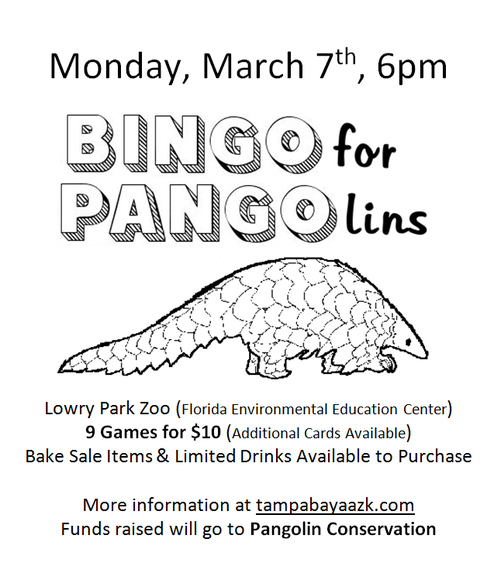 Hosted by GOAAZK, Orlando, FL
September 8-12th, 2014
We are sponsoring the pre-conference trip.  Watch the teaser trailer below!

Hosted by Lowry Park Zoo, Tampa, FL
March 5th, 2014
Bingo for Bongos went very well. We made a little over $600 for the Bongo Surveillance Project.  It was hosted by Tampa's Lowry Park Zoo (event was held in the lecture hall in the Florida Environmental Education Center). Funds raised went to the Bongo Surveillance Project - more information is also at www.mountainbongo.org.

"The objective of the Bongo Surveillance Project is to protect and conserve the critically endangered eastern or mountain bongo and its habitat, by working with local communities and stakeholders worldwide." 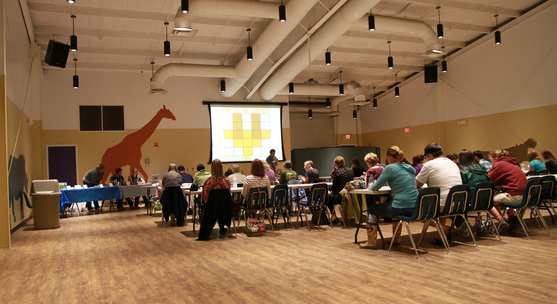 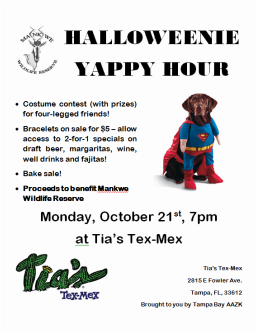 Cappy’s donated a portion of sales from the night’s event to Tampa Bay AAZK.

Yappy at Cappy's for Okapi


We had a great time! Many tails wagged happily and many a martini were enjoyed.  All to help Polar Bears International in their "Trees for You & Me" fundraiser.


Over $100 was raised to benefit El Valle Amphibian Conservation Center!

May 5-7th, 2011
Tampa Bay AAZK was gift wrapping at the Brandon Mall for Mother's Day! Tampa Bay AAZK members provided their gift wrapping expertise in a fundraising event for the chapter.  We will gift wrap more in the future.  Donations of pretty wrapping paper, ribbons, bows, tape, scissors, etc. are still welcome!

Trees for You and Me

Tampa Bay AAZK raised over $400 for our chapter!

September 23rd, 2008
Tampa Bay AAZK sponsored an evening of ice cream fun at Brusters in New Tampa.  The evening included AAZK members and their pets! Dogs were treated to their own ice cream and bone, while their humans enjoyed their own frozen treat. We raised over $150 through multiple evenings.